This article is for the Scala & Spark programmers, particularly those Spark programmers that are starting to dive a little deeper into how Spark works and perhaps attempting to make it faster. I’m expecting you to be at least familiar with:

In this article, I’m going to discuss the commonalities and the differences between repartition and coalesce.

I’m going to work in an IntelliJ project with the Spark library installed, so add the following to your build.sbt file:

I’m also going to work in a standalone application, for which I’m going to spin up a dedicated Spark Session:

The techniques I’m going to show in this article are 100% applicable to both RDDs and DataFrames, but to demonstrate their differences, I’m going to generate more data more quickly with the RDD API.

When you run this application, provided that you configured the SparkSession with local[*] master (like in the snippet), you’ll most likely see the number of your virtual cores. By default, this is how an RDD will be split. This demo will be most visible if you have more than 2 virtual cores on your computer.

A repartition will incur a shuffle - a data exchange between executors in the cluster. When we deal with Spark performance, we generally want to avoid shuffles, but if it’s for a good cause, it might be worth it. Regardless of whether it’s worth it or not, repartition involves a shuffle - this is the important bit.

Another method for changing the number of partitions of an RDD or DataFrame is coalesce. It has a very similar API - just pass a number of desired partitions:

Let’s run a small test - execute this application with the count action executed on the two RDDs repartitioned and coalesced to 2 partitions, respectively. If you need to, add a sleep in the main thread so you can watch the Spark UI. It’ll take no more than a few seconds to run. Since we have two count actions there, we’ll have two jobs running.

If you look at the Spark UI, you’ll see something very interesting:

There must be something fundamentally different between repartition and coalesce.

We can explain what’s happening if we look at the stage/task decomposition of both jobs. In this case, the DAGs are very useful. Let’s look at repartition: 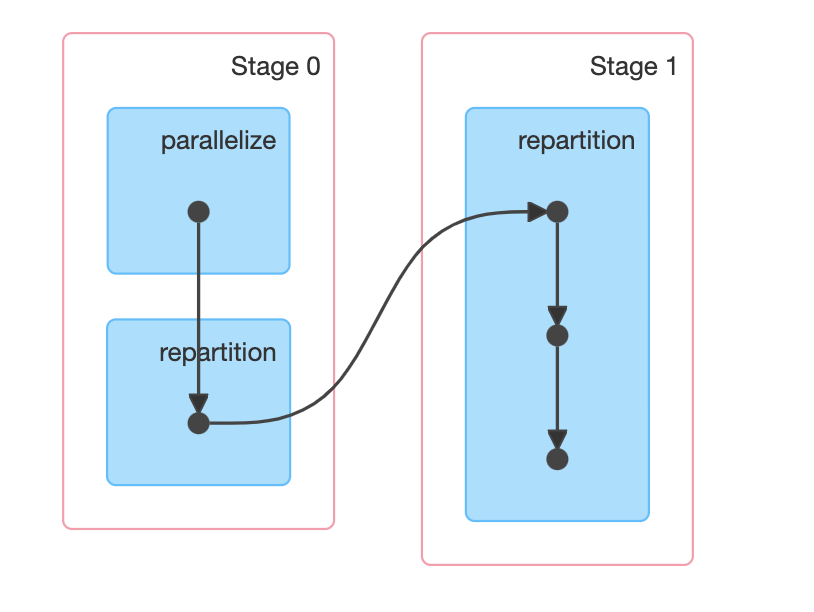 In other words, we have two stages and a shuffle in between them. As I mentioned earlier, this is expected - a repartition will redistribute the data evenly between the new number of partitions, so a shuffle is involved. As you probably know, shuffles are expensive, even for the ~70MB of data we’re dealing with.

Let’s look at the other DAG of the coalesce job: 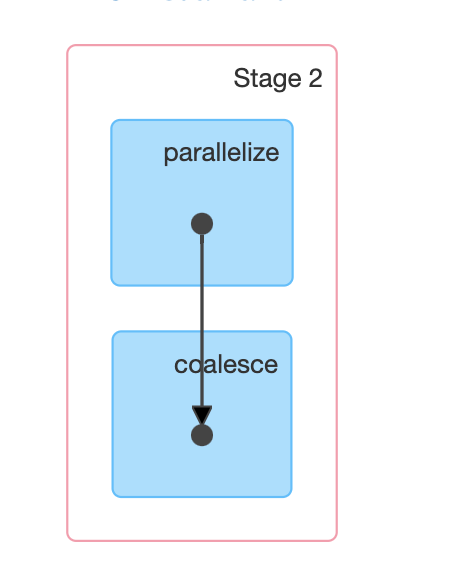 In other words, a single stage! Coalesce does not involve a shuffle. Why doesn’t it incur a shuffle since it changes the number of partitions?

So why ever do a repartition at all?

The fundamental benefit of a repartition is uniform data distribution, which a coalesce can’t guarantee - since it stitches partitions together, the output partitions might be of uneven size, which may or may not cause problems later, depending on how skewed they are.

And with that, massive performance benefits await if you know how to make the right tradeoffs, as with anything in life.

Wrapping up 2021 with an overview of what’s happened this year at Rock the JVM.

Learn Doobie for the Greater Good

We rely on the JDBC specification if we need to connect to SQL databases in the JVM ecosystem. However, JDBC is not a good fit if we use functional programmi...

Demystifying the tagless final pattern in Scala. TLDR: it’s got nothing to do with type classes.

We’ll take a look at some core Scala constructs and look at them from a different angle than we’re used to.