I’ve seen quite some confusion about the Nothing type in Scala and I wanted to shed some light on it. If you’re a Scala programmer, you might have seen Nothing once or twice, and you have at least the broad picture of Scala’s type hierarchy. 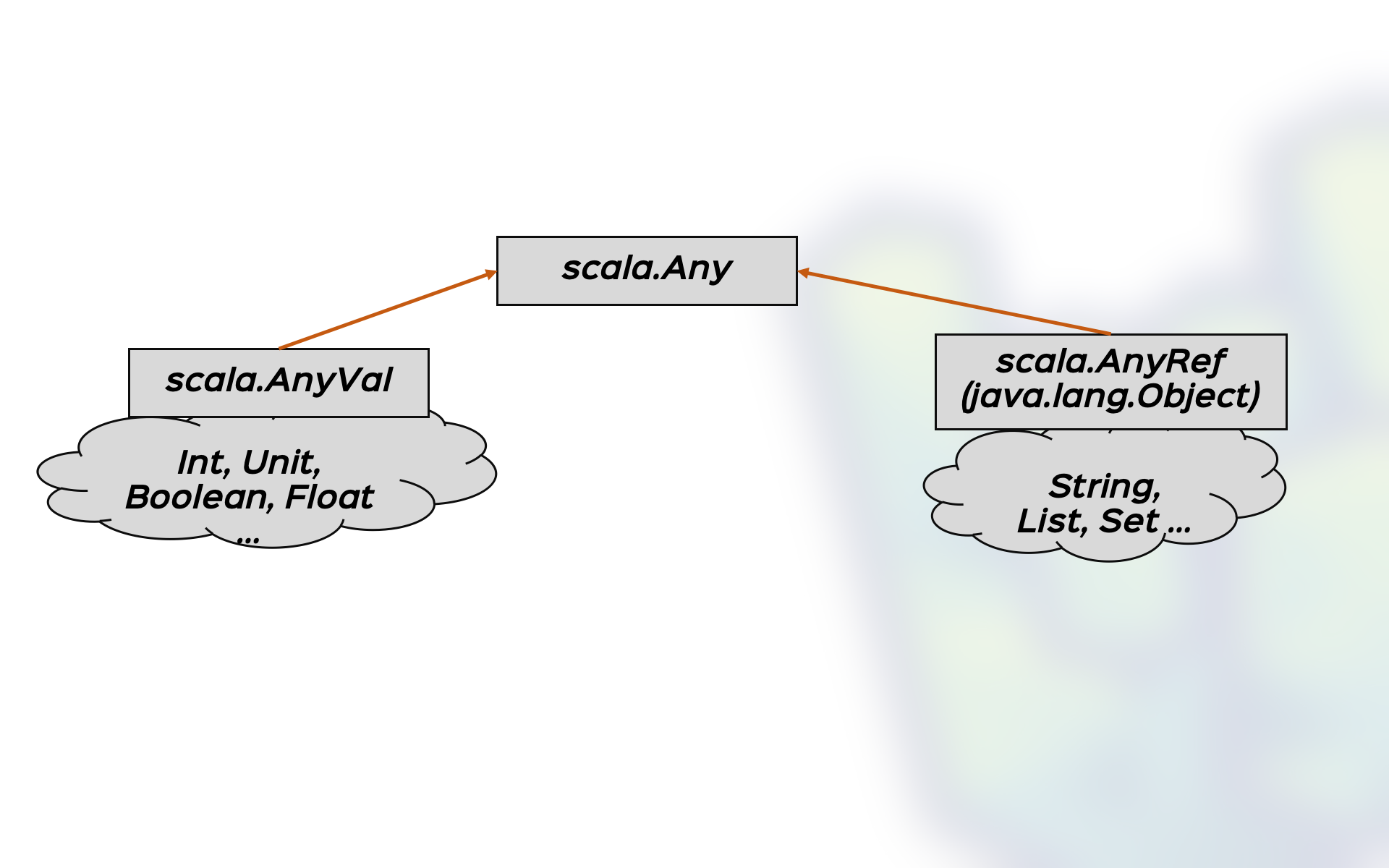 Scala is fully object-oriented, but the type hierarchy is not so standard. At the top of the hierarchy we have the Any type, which has two distinct type hierarchies below it. One starting with AnyVal, which contains all the value types (including Int, Boolean, etc), and then the AnyRef hierarchy which contains the reference types. Almost all the types we declare as programmers is a subtype of AnyRef, unless we explicitly extend AnyVal (rare and with little benefit). When we say

we are actually implying class MyPrecious extends AnyRef, which the compiler automatically infers. Even if you’ve not written Scala before, this hierarchy should be easy to understand. Things become trickier when we write things like:

The throw expression doesn’t return a String either. It doesn’t return anything, it has no value. However, it’s an intuitive good replacement for both Int and String… and any other type you can conceive.

The throw expression returns Nothing, which is a type that does not and cannot have any instances. Not only that, but Nothing doesn’t have any values at all. Nothing is not Unit, not null, not anything. It’s the type of nothingness, if you will.

The most interesting aspect is that it benefits from special treatment by the compiler, because Nothing is a valid replacement for any type.

Aside from crashing your program (which is a side effect), throw expressions return Nothing and they can be used as a replacement for any return type. 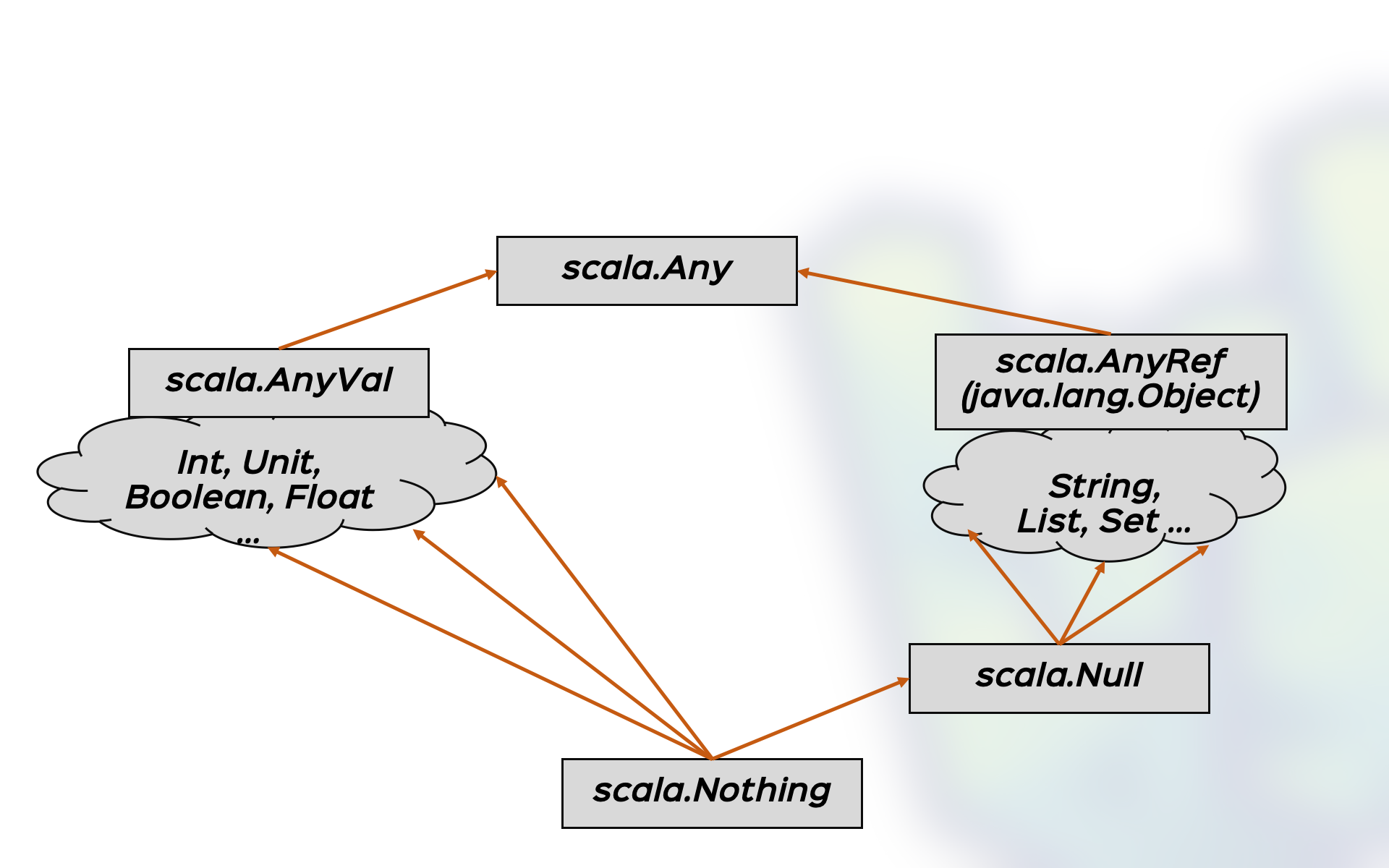 Notice that in this picture, we also have the Null type which has the same purpose for reference types, and its only possible value is null - the same null you’ve been using all the time.

Having no possible values of type Nothing, can you actually use the Nothing type?

Sure you can. The above is a valid definition. The function takes a Nothing and returns an Int. However, you’d have a hard time calling it, since there are no values of Nothing to pass to it. You could call

which compiles fine, but it will crash before your precious 56 would get returned.

Can you define functions returning Nothing?

Sure. Nothing as a return type is used for expressions which never return normally, i.e. crash your JVM.

Can you use Nothing as a generic type argument?

Yes, you can - in this case you’re typing List with Nothing, which means the Nil list can hold values of type Nothing… of which there aren’t any, so it’s an empty list. Nothing works great with generics and variance, but that is a subject for another post.

Finally, let me spend a few seconds on the stressful question marks:

The ??? is actually a method - Scala is really permissive with naming - whose implementation is simply this:

I hope you’ve learned a bit about Nothing! Capitalization matters.

Tips on how to make Kafka clients run blazing fast, with code examples.

Scala CLI is a great tool for prototyping and building Scala applications. We’ll use scala-cli, Scala Native and decline to build a brute-force sudoku solver.

Kotlin coroutines are a powerful tool for asynchronous programming, and they fall under the umbrella of structured concurrency. Let’s check out their main fe...

Finagle is a powerful and deceptively simple library for distributed systems, with built-in HTTP support, load balancing and more