This article is for newbies to Akka HTTP and for those who have written some Akka HTTP but have never deployed their own server. Here I’ll teach you what you need to know and do so that you have your first server up and running on Heroku in just a few minutes.

I’ll be working in IntelliJ IDEA which creates an SBT project structure quickly, but you can also use the sbt command line to do the same things I do here. So here goes:

We’ll start by creating a vanilla Scala-SBT project in intelliJ: 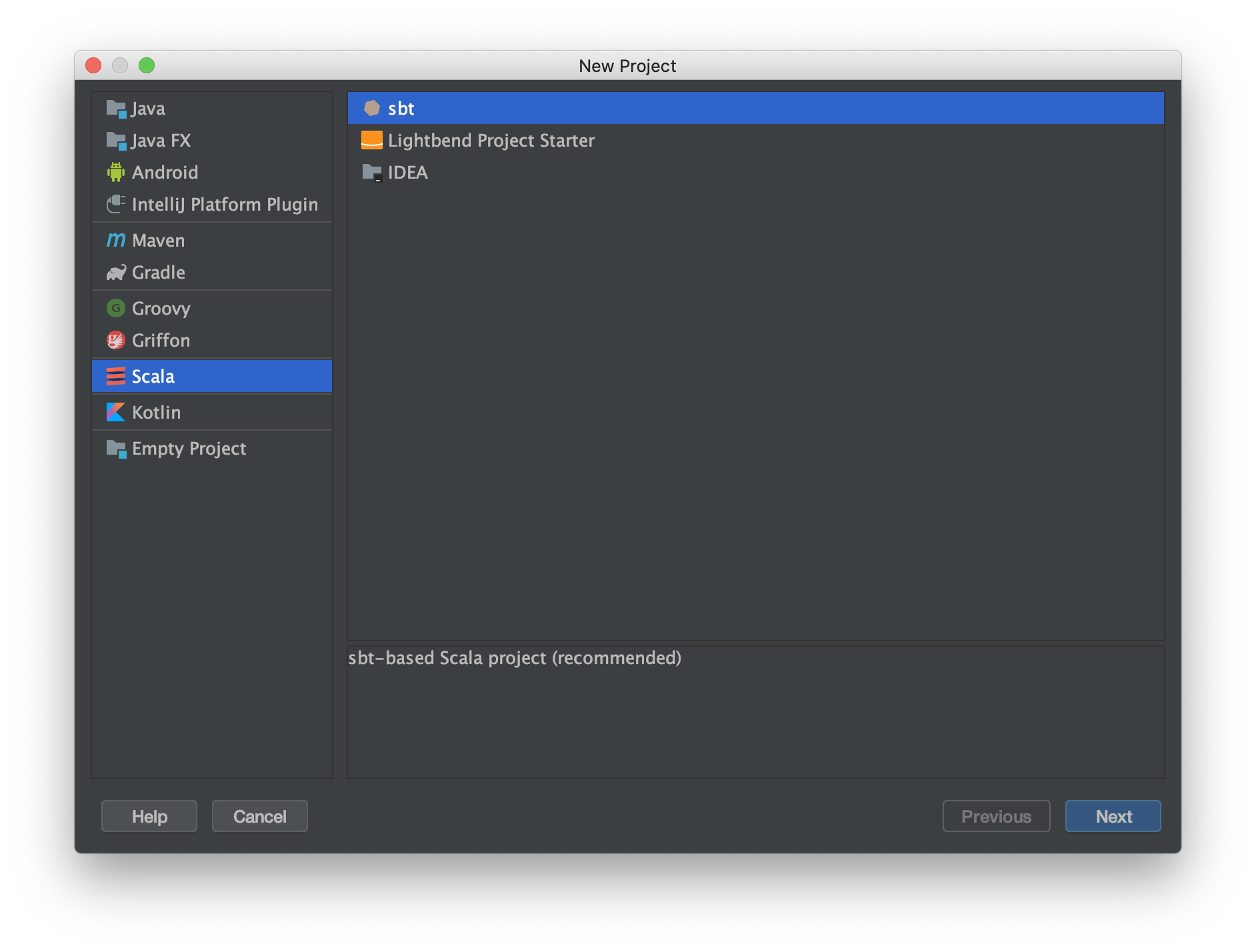 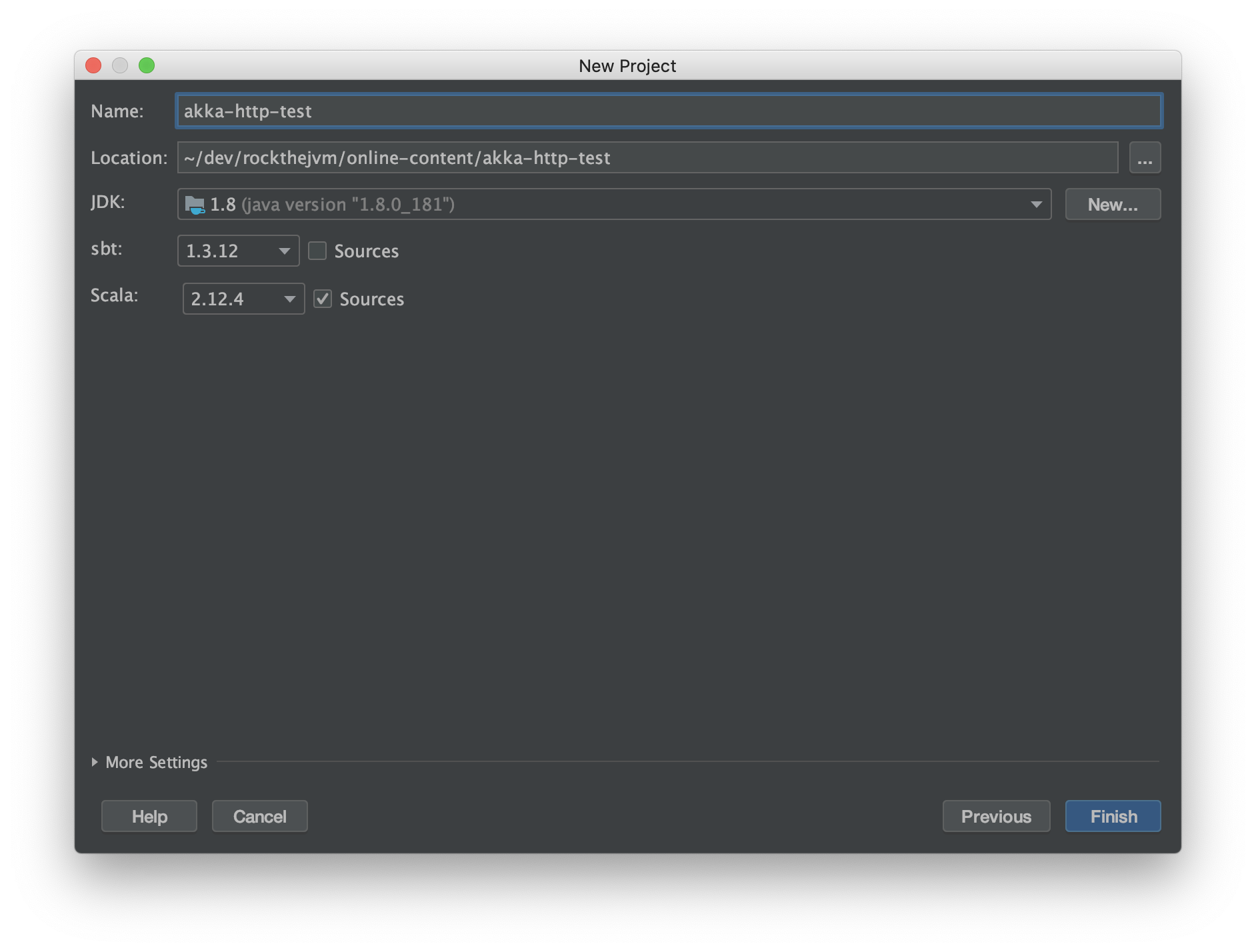 And after you click Finish, IntelliJ will create the appropriate project structure for you. Go to the src/ folder, and create a package and then an application under it. I created a package called server and under it I started a simple MyServer.scala:

Once you’ve done that, it’s time to “register” it as the runnable application so Heroku can identify it.

IntelliJ will create a project/ folder, where you will need to add a file called plugins.sbt and add an SBT plugin so you can package your application at the time you will deploy it to Heroku:

Then under your build.sbt you’ll need to install the Akka libraries, refer to the packaging plugin and register the main class. Here is the entire content of the file:

After that, IntelliJ will usually pop up a small dialog asking you to “Import Changes”. Click that and wait for a minute to download and install the libraries and plugin. Otherwise, go to View -> Tool Windows -> SBT and click on the tiny refresh icon to do the same thing.

After you don’t see any red in build.sbt, you’re good to go and you can write the actual code of your server

It’s probably the place we care about the most: the actual writing of the logic that will be our server. Akka HTTP is a huge set of libraries and with lots of capabilities. In this article I’ll focus on a server that when hit with a GET request, will respond with a small HTML which will be seen in your browser. So here goes. Go to MyServer.scala and add any HTML you fancy:

Then you will define the logic of the server by a Directive, which is a fancy DSL to compose routing mechanisms very quickly:

and inside your server application:

which means that this server will respond to any GET request with an HTTP response with the content type text/html(UTF-8), and with the payload given by the content (HTML string) you defined earlier).

Then in the main method, you need to actually bind this routing logic on a hostname/port combination. On Heroku, you can’t bind to localhost, so you will bind to 0.0.0.0. Here’s how the main method looks like:

And that’s it! Your application is now ready. All you have to do is deploy it to Heroku.

Do the steps below, they will take just a couple of minutes:

After you have the Heroku command line, open a terminal and go to the directory of your Akka HTTP project, and run the following: first, make your project a Git repository:

Then, login to Heroku and make Heroku detect this project as a Scala application:

which will also add the heroku remote for this project. After that, all you have to do is

Navigate to https://replace-this-with-your-akka-http-server.herokuapp.com and see your first Akka HTTP server in action!

Tips on how to make Kafka clients run blazing fast, with code examples.

Scala CLI is a great tool for prototyping and building Scala applications. We’ll use scala-cli, Scala Native and decline to build a brute-force sudoku solver.

Kotlin coroutines are a powerful tool for asynchronous programming, and they fall under the umbrella of structured concurrency. Let’s check out their main fe...

Finagle is a powerful and deceptively simple library for distributed systems, with built-in HTTP support, load balancing and more